Officers arrested a Portsmouth man for the 67th time and Help For The Homeless. We cover the highlights of the Portsmouth Police Chief’s Daily Briefing.

Just after 12:30 am, a caller reported a man passed out in a vehicle on Kent Street. An officer was unable to wake up the man and was forced to bust out the front windows. The officer took the man into custody.

At 1 am, a caller reported a woman throwing up as she walked along Dewey Avenue. The woman told officers she did not need any help. Police noted she was intoxicated but she was on her porch and not on the sidewalk or street.

Trapped In A Vehicle

People were trapped in an upside-down vehicle after a crash at 9th and Findlay at noon. It turned out one of the people had a warrant through New Boston Police. The driver of the vehicle was also cited.

Police arranged for the vehicle to be towed.

Help For The Homeless

An officer took the man to a homeless shelter to find help.

Kids egged at 17th Street apartment just before 4:30 pm as part of an ongoing dispute with another kid. Police went to the apartment of one of the eggers and spoke to him.

They also told him to have his mother contact them.

Just after 6 pm, an officer found a dog in the roadway. They took the dog to the kennel at the city building and managed to locate its owner.

At 10 pm, a Charles Street caller told police someone slashed her tires and busted out her vehicle windows.

A Russ Street resident reported an attempted burglary at 10:27 pm. The caller said someone attempted to pry open the door, damaging it so it would not properly lock.

Hot Heads At The Holiday Inn

Officers responded to a report of a man and woman arguing at the Holiday Inn on 2nd Street just after 10:30 pm.

The pair had gotten into a shoving match over money. Neither was injured and they didn’t want to press charges. They managed to lock their keys in a vehicle during the spat. SSU security helped them open the vehicle.

The pair agreed to get separate rooms at the hotel. 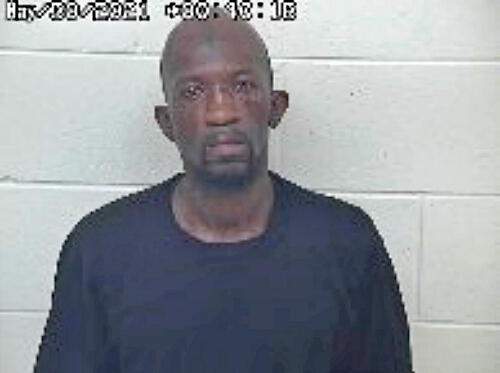 A Portsmouth man was arrested for the 67th time just before 11:30 pm. An officer on foot patrol on Wayne Avenue detained Christopher Lampkin in the 1700 block of Wayne Avenue for criminal trespass and possession of drug abuse instruments.

Officers took him to the Scioto County Jail.