Whiskey, Gun, and a Joyride 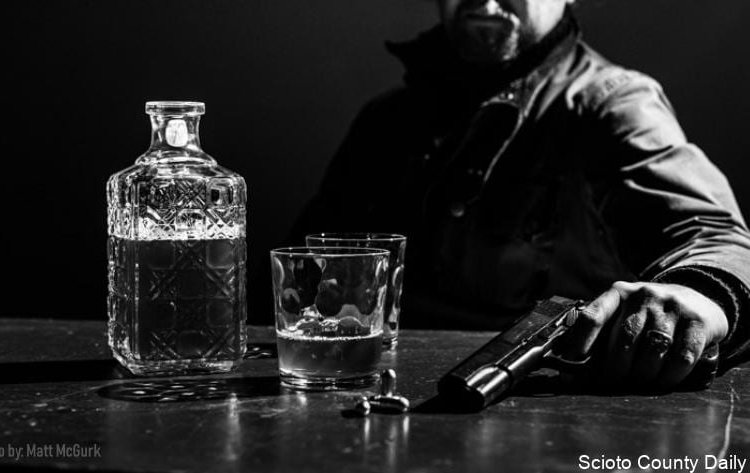 According to the report of one of the responding officers, “I responded to the area of Tracy Park in reference to a blue hatchback-style vehicle striking objects and driving through the park.”

The car, operated by Keith Randal Salyers of South Shore, turned eastbound on 11th St.
Dispatchers continued to receive calls. One witness stated the blue Mazda had struck a monument on Offnere St.
Officers observed the suspect vehicle (with heavy front end damage) in the 1400 blk of 12th St. and initiated a stop.
3 Portsmouth PD units converged on the scene. In the incident report, an officer stated: ” I approached the passenger side of the vehicle and an open bottle of whiskey….a knife…and a gun case between his legs”.
The gun was a loaded Smith & Wesson 9mm. Upon further inspection, 2 bottles of whiskey were located in the vehicle and the seals were broken.
While patting down Salyers, officers discovered two additional knives in his front pocket. After Mr. Salyers was read his Miranda Rights, he reportedly stated he had been drinking “a lot of whiskey”.
He was transported to Scioto County Jail for multiple charges.
Ohio, United States
overcast clouds
55 ° f
40%
17.2mh
85%
68 f 43 f
Thu
45 f 33 f
Fri
51 f 29 f
Sat
Tags: CrimeFeaturedlegalNewsletterPolicePortsmouthPortsmouth OhioSouthern Ohio
ADVERTISEMENT